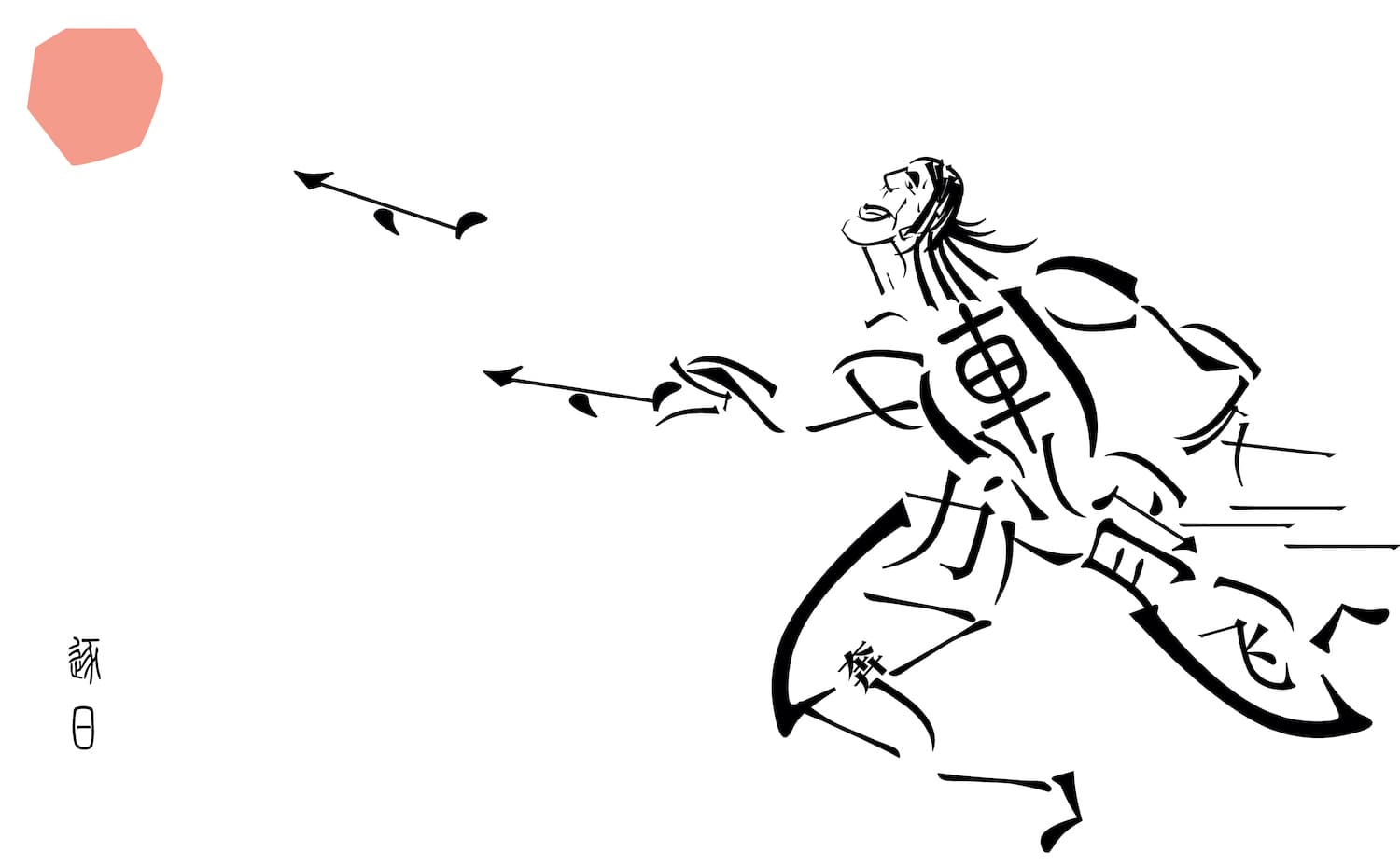 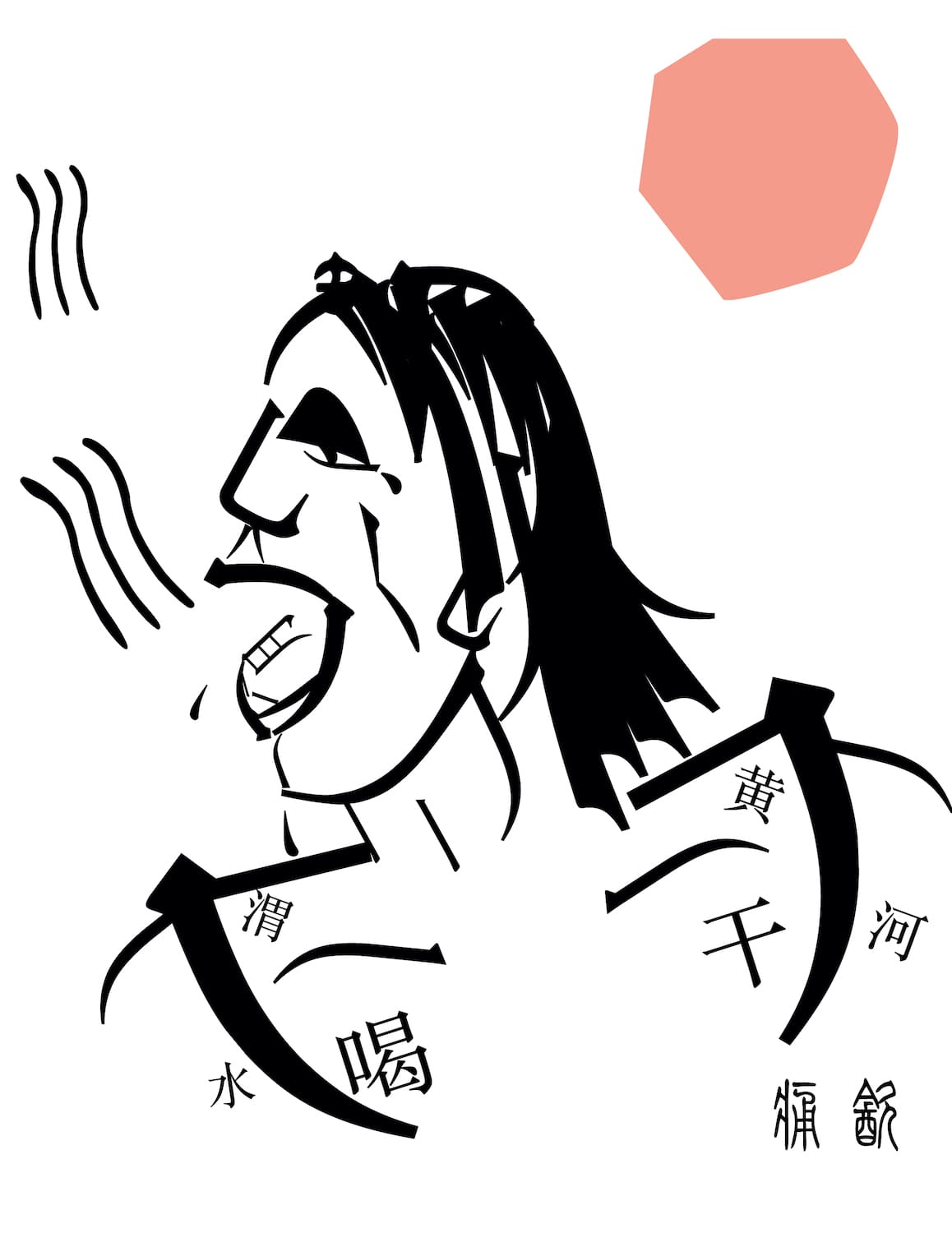 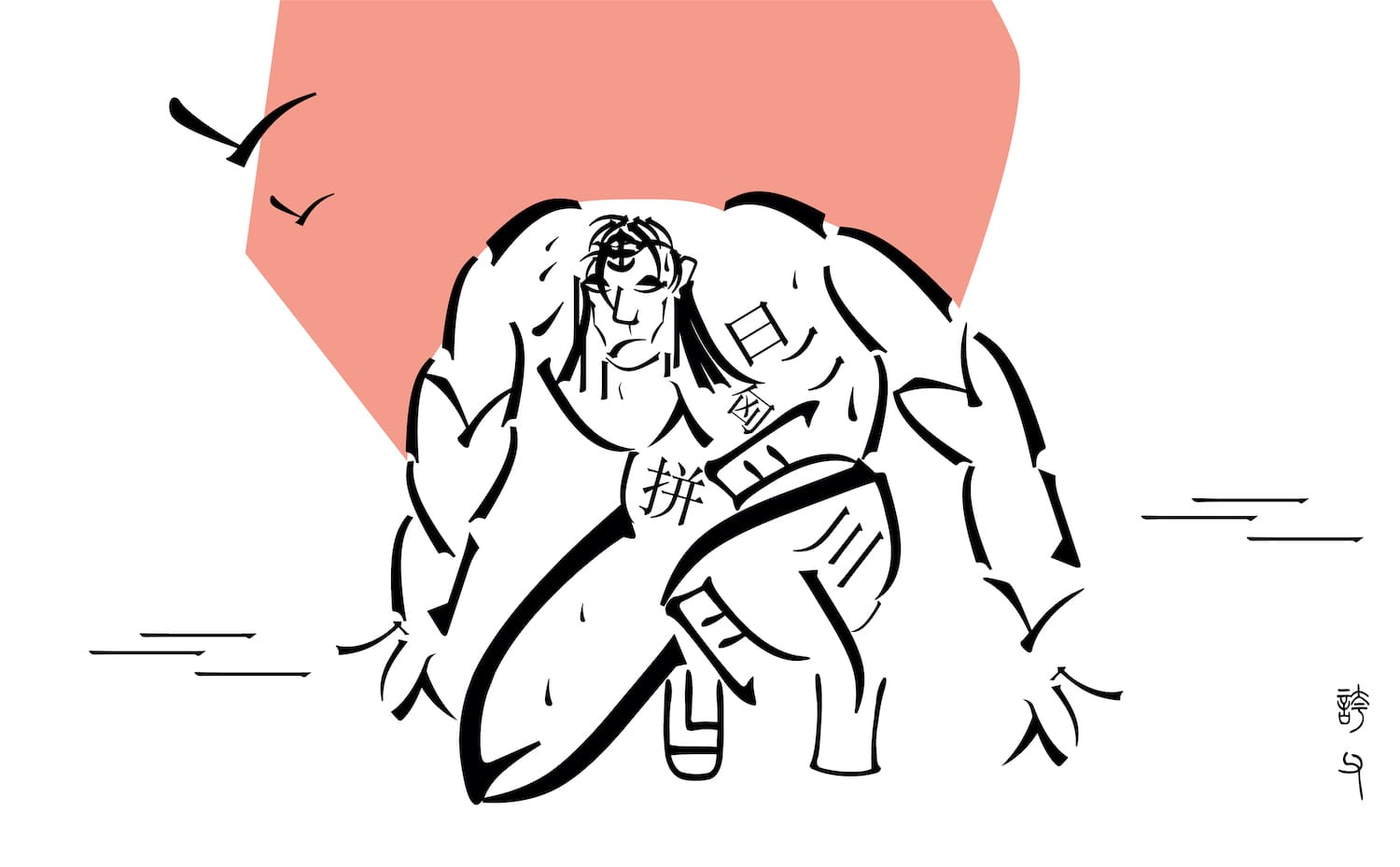 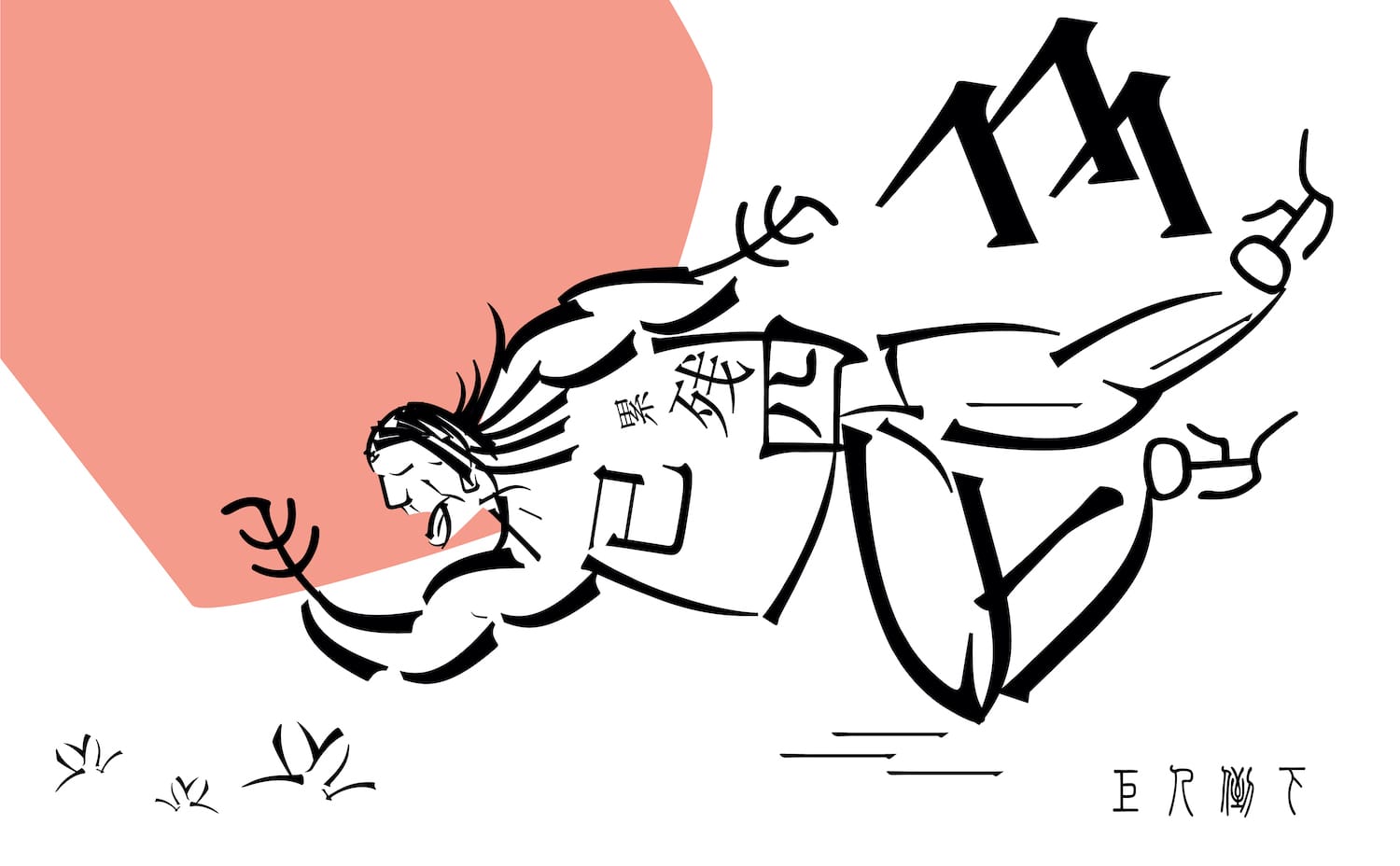 A mythology illustrated by Chinese character strokes These are a series of illustrations to tell a Chinese ancient mythology of “Kuafu Chasing the Sun” by using the radicals and strokes. 4-1: One day, Mythical Giant Kuafu decided to chase and catch the Sun. 4-2: He followed the Sun from the East to the West, draining the Yellow River and the Wei River (all rivers and lakes crossing his path) to quench his burning thirst. 4-3: However, the big rivers were also unable to quench his thirst. 4-4:He eventually died of dehydration. The wooden club he was carrying grew into a vast forest of peach trees called the Deng Forest. In the end, Kuafu turns into a mountain range.

Inspired by Moham Wang’s contemporary poem “Thirst”, I made a series of visual translations in the forms of typography and 3D/2D motion pieces. 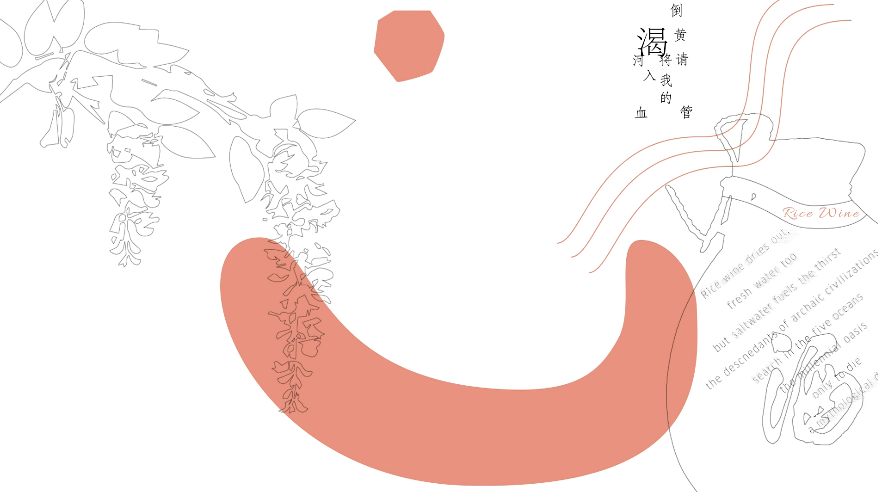 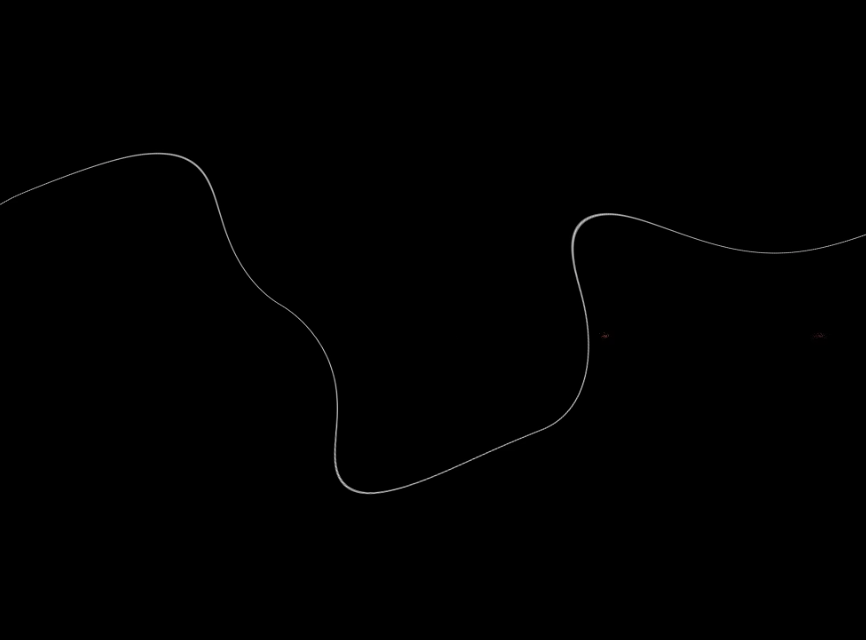 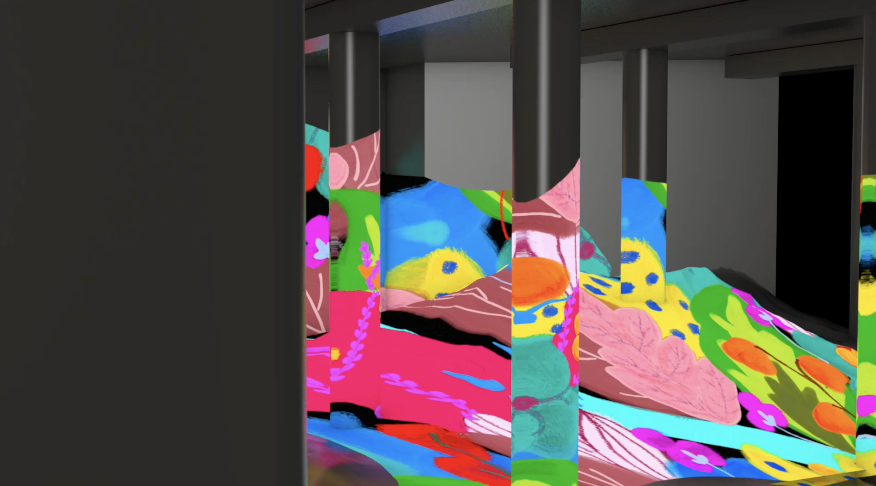